Some wind farms have the potential to cause interference with the normal operation of radar systems used for security, weather forecasting, and air-traffic control. An object’s shape, material, size, and orientation with respect to a radar system all contribute to a radar cross-section (RCS), which is a measure of how much energy is reflected back to the radar system. While wind towers and nacelles have the largest RCS which can cause radar scatter, they can generally be compensated for in a manner similar to large buildings. The large rotating blades however, create time-varying Doppler spectra that prevent the radar system from easily filtering out their signal. 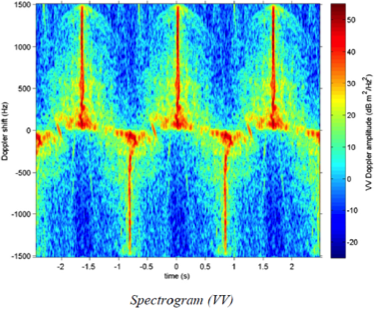 The current practice to address this issue is to restrict where wind farms can be installed such that they do not interfere with radar systems. Thus, potential locations where wind turbines can be sited are reduced, limiting the contribution wind-generated energy can make to the meeting nation’s energy demand. Work is currently underway to quantify the affected wind–resource potential, but estimates are in the range of gigawatts nationwide.

Multiple solutions are being explored to mitigate wind turbine–radar impacts—primarily focusing on the radar, including augmenting or upgrading current radar systems both in terms of hardware and software. Many of these radar technologies have been field-tested and show some promise, though it may be years before the value of these approaches are fully known and the resulting system upgrades implemented. 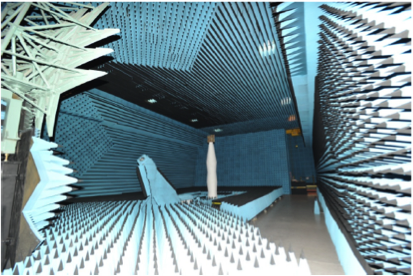 A low RCS prototype panel being tested in the Sandia Facility for Antenna and RCS Measure-ments (FARM). The sample is the small brown square on the white pedestal at image center.

The “Design for Radar” Approach

An alternative mitigation approach to lessen interference with current radar systems is to reduce the blade’s RCS through design and selective material use. This can be accomplished through modifying its shape or using radar–absorbing materials. Because a wind–turbine blade’s shape is difficult to optimize for radar without adversely impacting its aerodynamic performance, adding radar–absorbing materials are a more viable commercial solution.

A review of radar-absorbing methods identified resonant-absorber materials as the most promising, lowest cost approach. Resonant absorbers are constructed from thin, parallel material layers with tailored electromagnetic properties separated by a precisely defined distance to destructively interfere with the incident radar wave, thus reducing the return signal. By tuning these properties, the blades’ RCS can be greatly reduced across a variety of radar frequencies, helping to mitigate interference concerns.

In this project’s first phase, Sandia researchers investigated the technical feasibility and cost implications of introducing resonant absorbers into a wind-turbine blade. We developed computer models to identify the material properties and configurations with the highest RCS-reducing potential. Resonant-absorber material test panels were fabricated using manufacturing techniques common to the wind industry. Initial results demonstrated that a blade’s static RCS could be reduced by 20 dB (as compared to a baseline blade) for 10% additional blade cost (1% overall, for the turbine).

The technical approach has been successfully modeled and experimentally demonstrated, but many questions remain concerning the viability of scaling this up to the full size of a modern utility wind-turbine rotor blade, including: 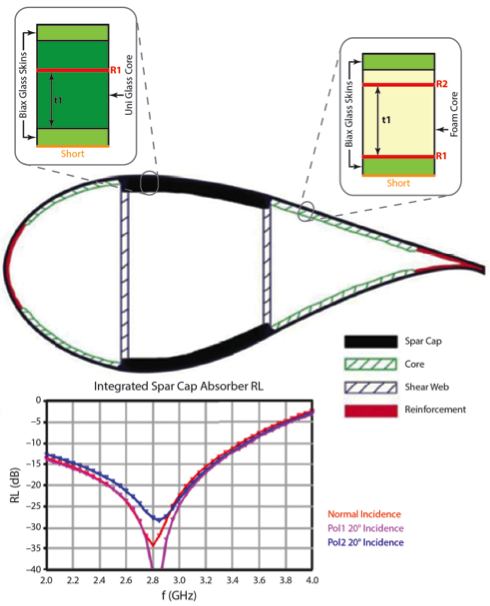 These questions will need to be addressed in a series of future experiments—scaling up from the current panels to sub-scale or possibly utility-scale wind-turbine blades in the field.