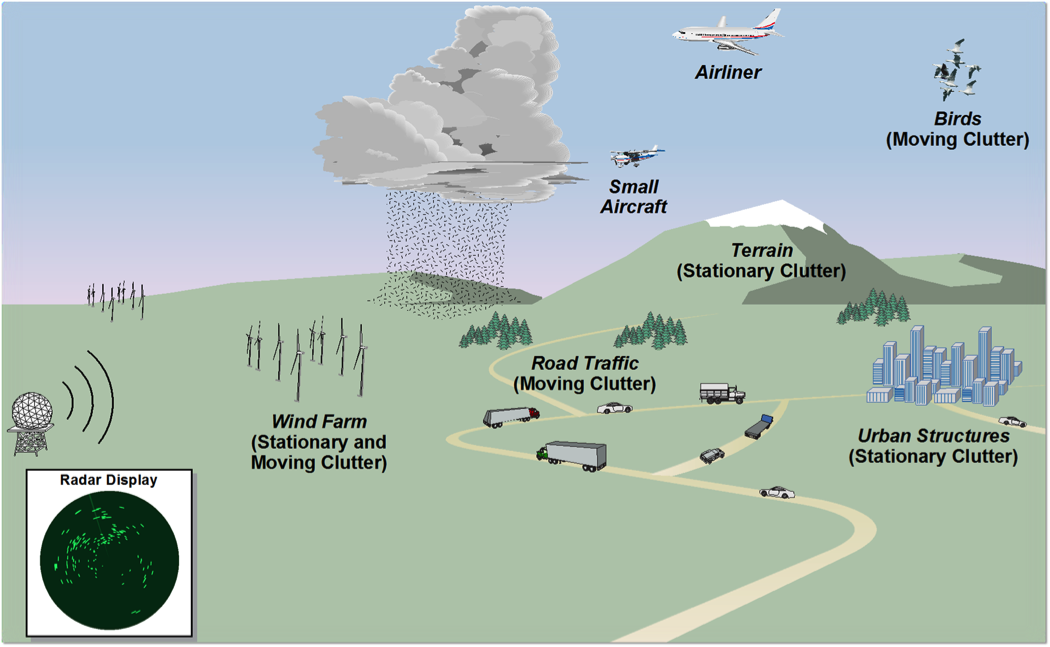 We rely upon a network of radars across the country to support the missions of homeland defense, homeland security, flight safety, and weather forecasting. The air surveillance environment contains within it clutter, both stationary and moving. Wind turbines present a unique problem in that they can be both stationary and moving clutter and operate with blade tip speeds up to 200 knots, in the same range of aircraft speeds.

This activity is focused on the continuing effort to:

Part of this effort will focus on validating and expanding the capabilities of the Tool for Siting, Planning, and Encroachment Analysis of Renewables (TSPEAR). The TSPEAR effort will provide a core siting framework interface in which multiple advanced “best practice” siting tools such as wind turbine/radar interference models, environmental impact models, and transmission access models can be accessed. 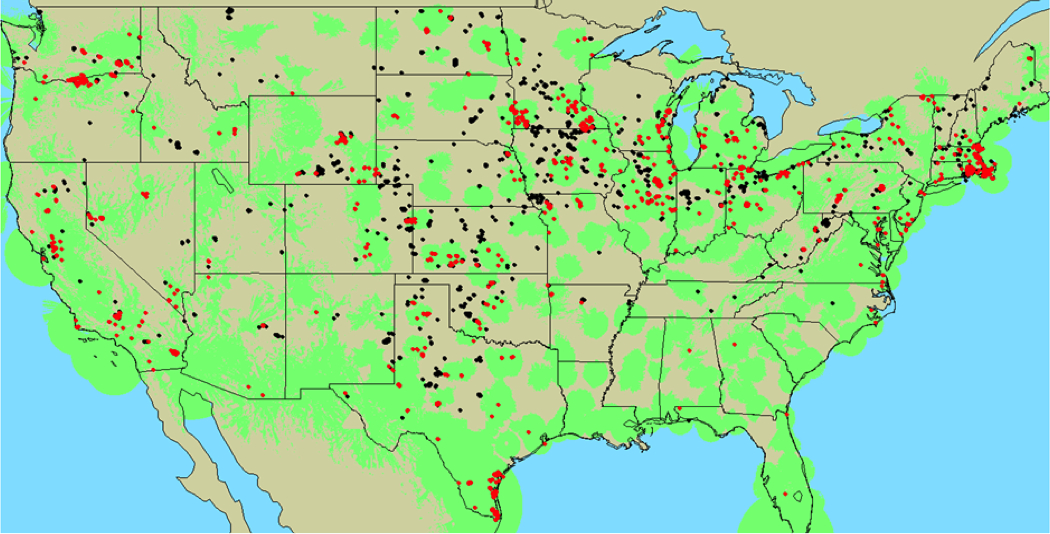 Since 2000, wind generation capacity in the U.S. has increased from 5 GW to over 60 GW by the end of 2013. This map shows the wind turbine locations across the U.S. The red dots are those wind turbines that are visible to radar systems.

The initial effort involved developing the TSPEAR framework, as well as a wind turbine/radar interference model. The effort will include validation of this radar interference model with data collected during the Interagency Field Test and Evaluation (IFT&E) program. This effort is vital to the establishment of a robust, accurate, radar model. The effort will also expand the capabilities of the radar model to include multiple electromagnetic wavelengths branching to other radar technologies and a more robust definition of the wind turbine radar cross section (RCS) for each technology.

The effort to develop accurate wind turbine/radar interference models will ultimately improve the understanding of the impact, and allow viable paths to increase the deployment wind energy across the country. Sandia will support the R&D of these technologies while also providing an overarching framework to streamline the overall process of siting evaluation.

The current TSPEAR project objectives are to:

Sandia is continuing efforts to understand and mitigate the effect of wind turbines on civilian and military radar systems by supporting the Interagency Field Test and Evaluation (IFT&E). The IFT&E program was established in response to directives from Congress and the White House to investigate and address the concerns of the growing interference of wind turbines on our nation’s air surveillance radars. The program was funded and supported by the Department of Energy (DOE), Department of Defense (DOD), Department of Homeland Security (DHS), and the Department of Transportation’s Federal Aviation Administration (FAA). Two national laboratories were responsible for designing, executing and analyzing the tests: Massachusetts Institute of Technology Lincoln Laboratory and Sandia National Laboratories. The program had three goals: 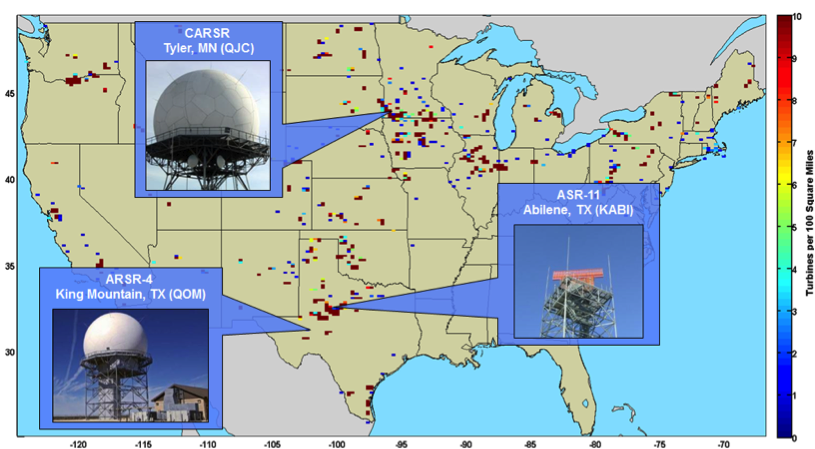 The IFT&E effort included three flight campaigns. The three existing radars tested were a long-range CARSR, a short-range ASR-11, and a long-range ARSR-4. 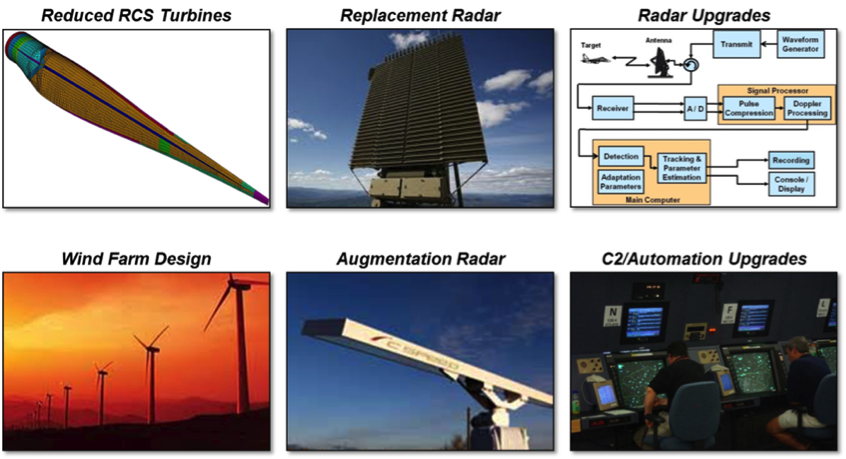 Six categories of wind-turbine mitigation technologies were proposed. Each of these concepts could be used alone or in conjunction with other approaches. The IFT&E program evaluated eight mitigation proposals; five augmentation or infill radar systems, two radar upgrades, and one replacement radar.