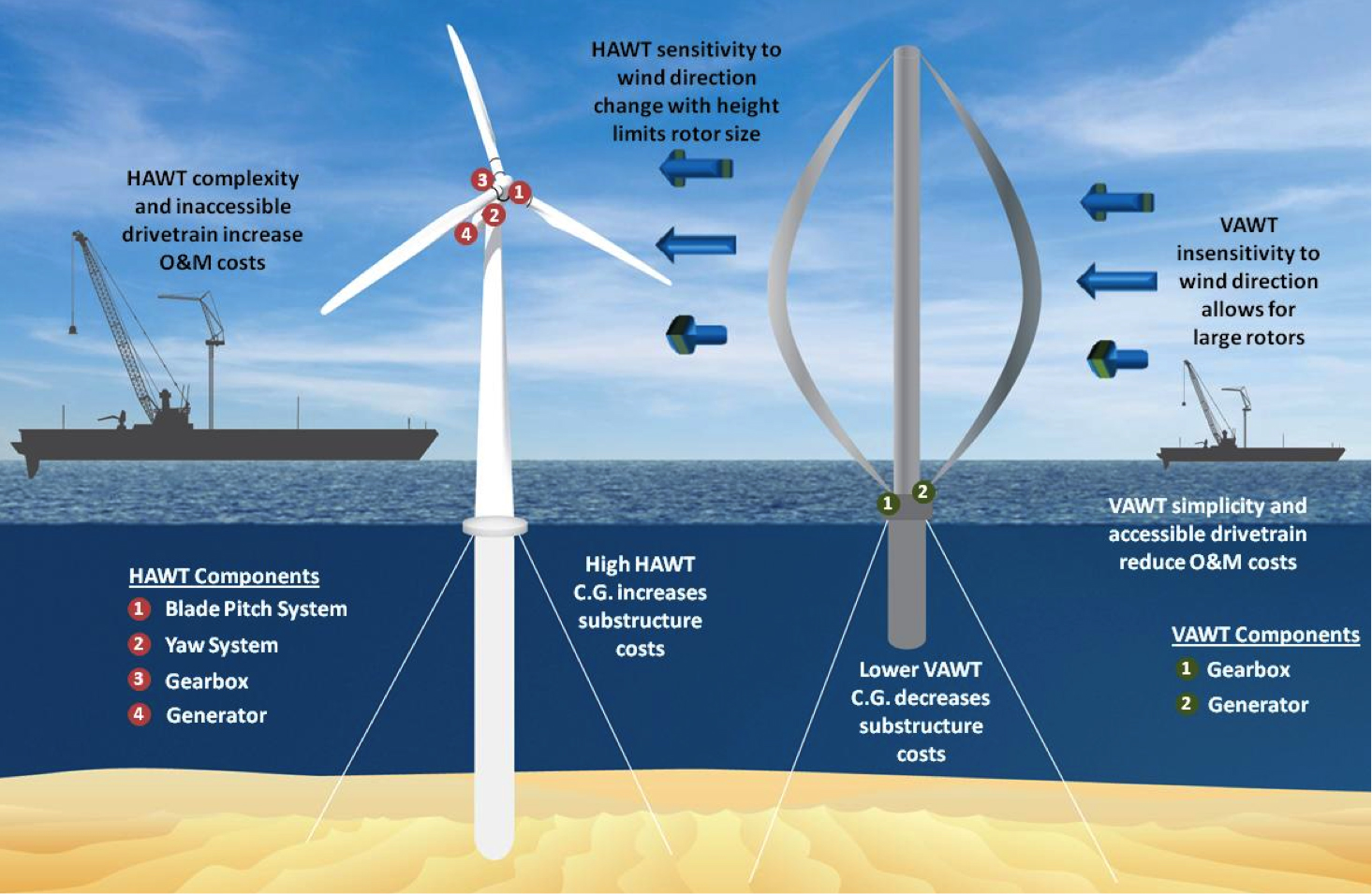 VAWTs in deep-water have inherent advantages over HAWTs in deep-water, which is illustrated in the figure. This project aims to capitalize on these advantages for offshore wind cost reductions while addressing the key technical, design, and manufacturing challenges for VAWTs.

The overarching project objective is to investigate the feasibility of the VAWT architecture for very large-scale deployment in the offshore environment. The most critical barrier to offshore wind, its high cost of energy (COE), is specifically targeted with the overall goal of achieving a 20% reduction in COE by applying VAWT rotor technology. We will achieve this goal by:

The Sandia design studies for VAWT rotors include an assessment of different rotor architectures, numbers of blades, and different material choices. A few of the configurations are shown here.

An initial focus of research has been VAWT code development and code coupling and design studies for VAWT rotor and floating platform. The figure shows several rotor configurations that have analyzed. In addition, Sandia has performed structural dynamics and resonance impact analyses to investigate the effect different support structures and number of blades on VAWT vibratory response and vibratory loading, which are key design drivers. Future work includes plans for detailed system design studies and subscale testing.