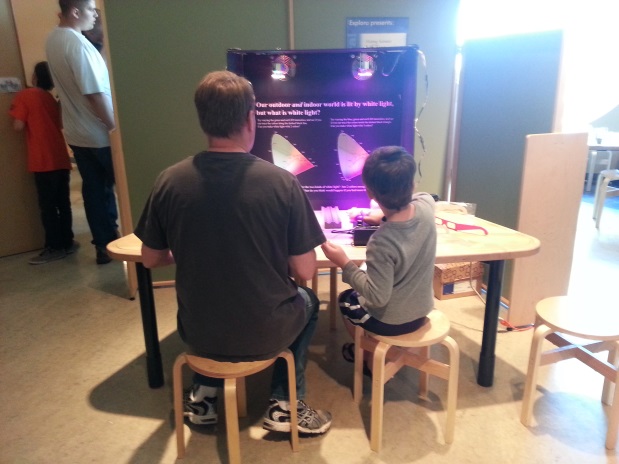 EFRC scientist Jeff Tsao, in conjunction with Sandian Erik Spoerke and UNM scientist Patrick Johnson, volunteered at Explora Museum over the weekend. The three scientists participated in a program event hosted by Explora called Portal to the Public, whose goal is to, “Engage in experiential activities with scientists that are your neighbors in the c0mmunity.” Each scientist brought their own mobile exhibit showcasing different areas of science; Patrick’s exhibit highlighted the difference between fluorescence and phosphorescence, Erik’s exhibit explored the composite nature of bones, and Jeff’s exhibit demonstrated how wavelengths of colored lights combine together. Due to public response, Explora turned our solid-state lighting exhibit into a permanent exhibit which can now be enjoyed by the public all year round.