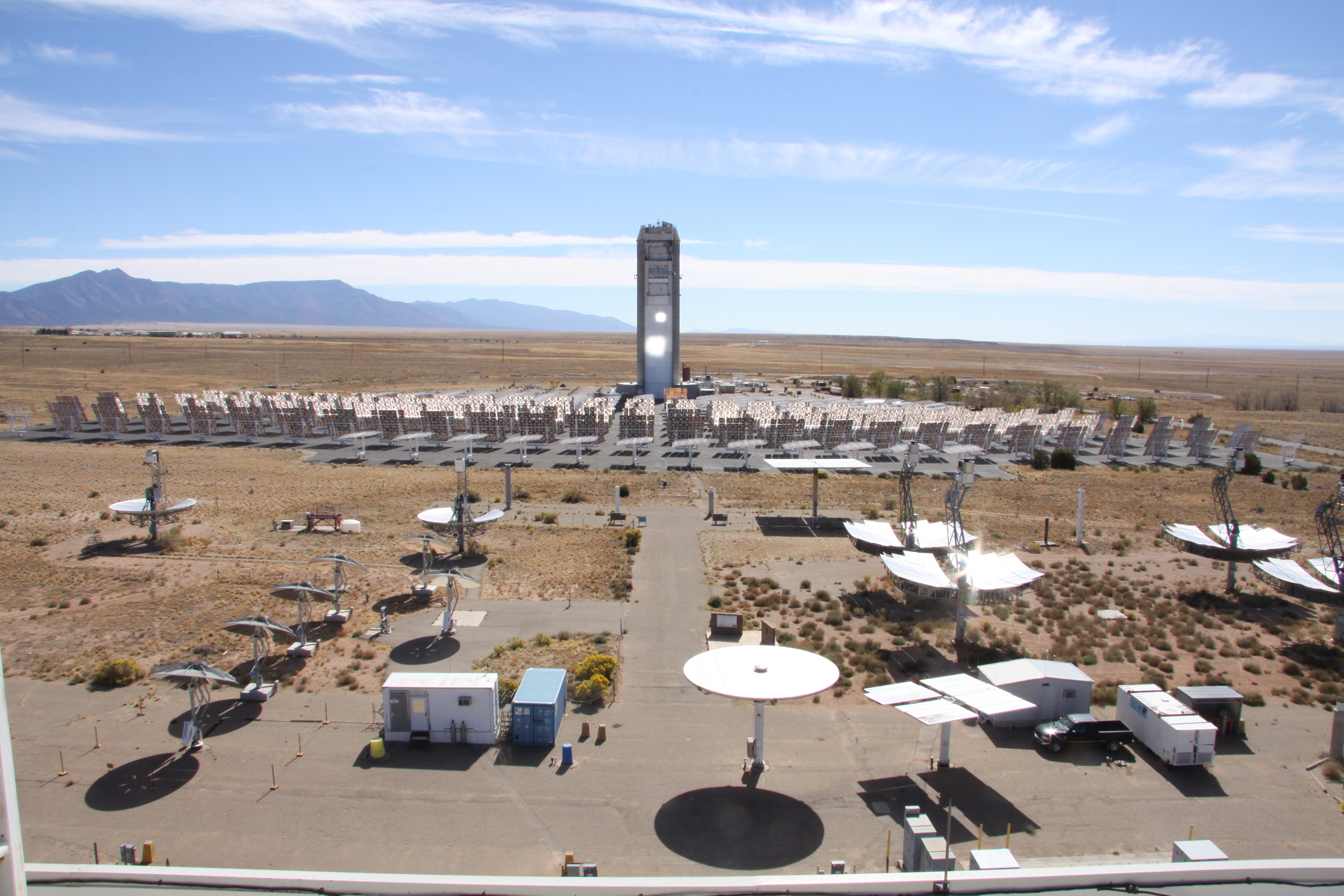 A recent overhaul of the DOE’s National Solar Thermal Test Facility (NSTTF), operated by Sandia, is dramatically improving researchers’ ability to understand and use concentrating solar power (CSP). The $17.8M upgrade to the NSTTF adds state-of-the-art test capabilities, and the resulting research is expected to lead to more solar power use on the electric grid.

The American Recovery and Reinvestment Act (ARRA) funded the nine-part project of new additions and upgrades to the one-of-a-kind test center, including adding a new $10M molten-salt test loop (MSTL), an optical methods laboratory and other critical testing capabilities, upgrading the parabolic trough test platform, and replacing the original heliostat mirrors aimed at the Solar Tower. These upgrades will help with Sandia’s goal of fostering more use of low-carbon power sources.

The DOE also purchased a new mobile test system to assist companies that are not able to bring their systems/components to Sandia. With this system, Sandia researchers can conduct thermal and optical measurements/tests at industry sites, and provide on-site solutions to a customer’s needs in most cases.

“We are thrilled to have these new testing capabilities and upgrades,” said CSP ARRA project manager Bill Kolb. “The testing and analysis we can now support will have a direct impact on our nation’s ability to respond to our energy security challenges.”