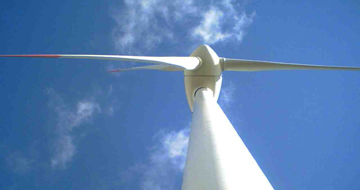 Senator Jeff Bingaman said Wednesday the on-again, off-again nature of U.S. energy tax incentives and the uncertainty over federal spending on research and innovative technology presents a major challenge to the wind energy industry and other alternative energy industries. Bingaman, chairman of the Senate Energy and Natural Resources Committee, spoke at the opening session of the 5th Wind Turbine Blade Workshop sponsored by Sandia National Laboratories. The workshop, the only one in the U.S. devoted to wind turbine blade technology, has been held on even-numbered years since 2004.

A major focus of Sandia’s program has been blade technology, including innovation development and demonstration in its Wind Energy program, funded by the Department of Energy. The three-day workshop, which attracted about 260 participants, includes sessions on blade research and innovative design, turbine design, blade and rotor testing, manufacturing and inspection, distributed wind technology, and water power.

Bingaman said a diversity of U.S. energy sources at a reasonable price equals security in the nation’s energy supply and allows it to fight global warming. “It’s clearly in our interests to reduce greenhouse gas emissions,” he said. He also said the transition of the national and world economies to renewable energy holds the promise of creating jobs in everything from research to manufacturing to installation. “We need some of these jobs to be American jobs, and that’s why it is important for us to keep this as part of our national policy,” Bingaman said.

Read the rest of the article at Power Engineering magazine.