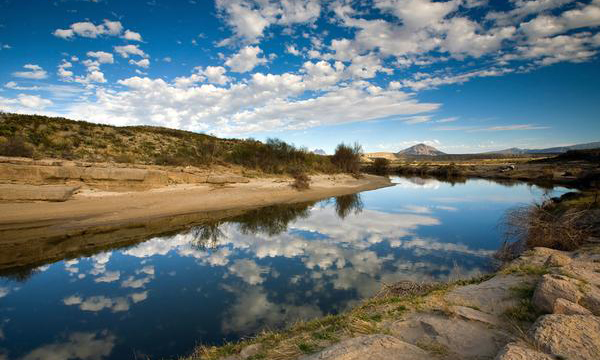 The Rio Grande river is one of the primary freshwater resources for New Mexico, Texas, and northern Mexico. It is subject to international treaty regulation and demands from agriculture, municipalities, and industry. Properly (and sustainably) managing this resource is essential to the survival of a large portion of the southwest.

Sandia, the Atlantic Council, and NM WRRI presented “Transformational Solutions for Water in the West,” September 5th at the UNM Student Union Building. More than two hundred participants examined the projected gap between western U.S. water supply and demand and explored potential “transformational” solutions from the perspectives of technology and policy (or both) and discussed their associated risks and costs. The key questions of the day were: 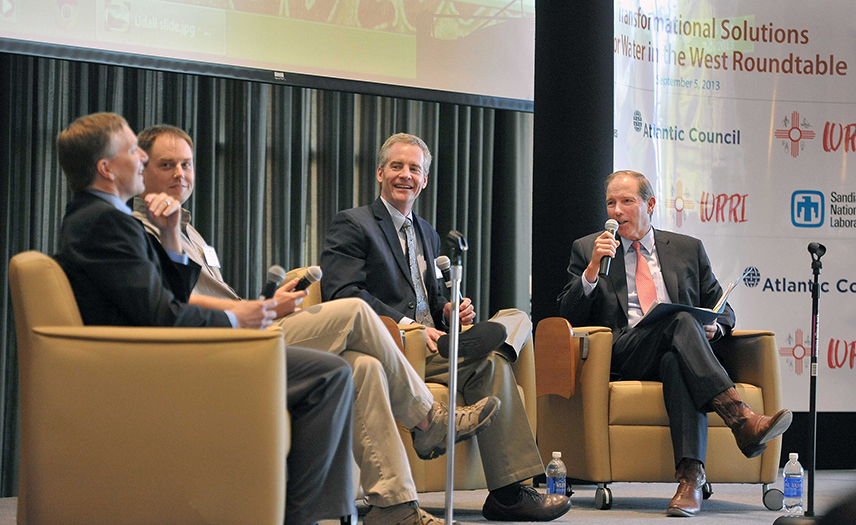 In his keynote address, Senator Udall highlighted a white paper recently posted to his website, which includes several key points, and about which he elaborated:

Read the article by John Fleck in the Albuquerque Journal.

Read a transcript of Senator Udall’s keynote address in The Grant County Beat.