Sandia Research on PV Arc-Fault Detection Submitted for US Patent

Different types of parallel arc-faults on the DC side of a PV array.

The 2011 National Electrical Code® requires PV DC series arc-fault protection, but does not require parallel arc-fault protection. As a result, manufacturers are creating arc-fault circuit interrupters (AFCIs) that only safely de-energize the arcing circuit when a series arc-fault occurs. Because AFCI devices often use the broadband AC noise on the DC side of the PV system for detection (and series and parallel arc-faults create similar frequency content), it is likely an AFCI device will open in the event of either arc-fault type. 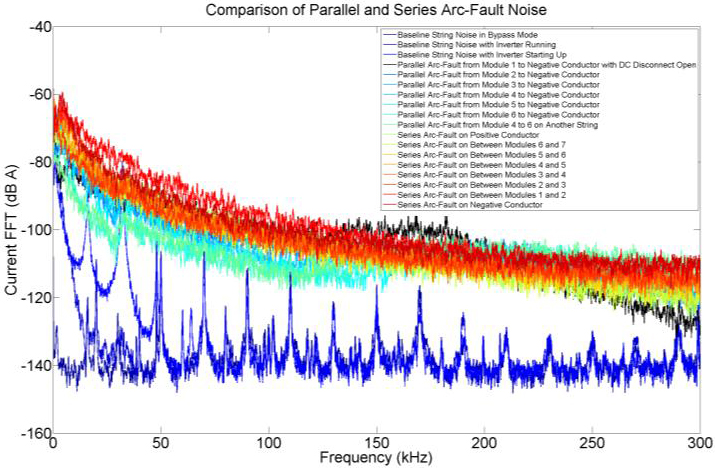