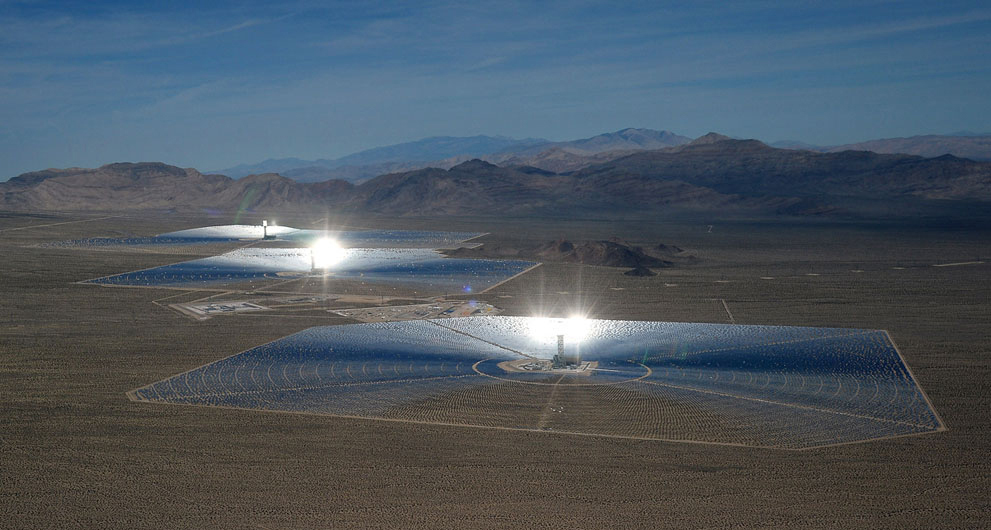 The Ivanpah Solar Electric Generating System (ISEGS) consists of three 459-ft-tall power towers and over 170,000 reflective heliostats with a rated capacity of 390 MW. The California Energy Commission (CEC) has received numerous pilot and air traffic controller glare-impact reports. The situation is serious because pilots report that they cannot “scan the sky in that direction to look for other aircraft.” According to an air traffic controller, “Daily, during the late-morning and early-afternoon hours, we get complaints from pilots of aircraft flying from the northeast to the southwest about the brightness of this solar farm.”

Some Ivanpah heliostats are moved to standby mode in which they reflect light to the side of the tower to reduce sunlight being pointed at the tower’s receivers. Aerial and ground-based surveys of the glare were conducted in April, 2014, to identify the cause and to quantify the irradiance and potential ocular impacts of the glare. 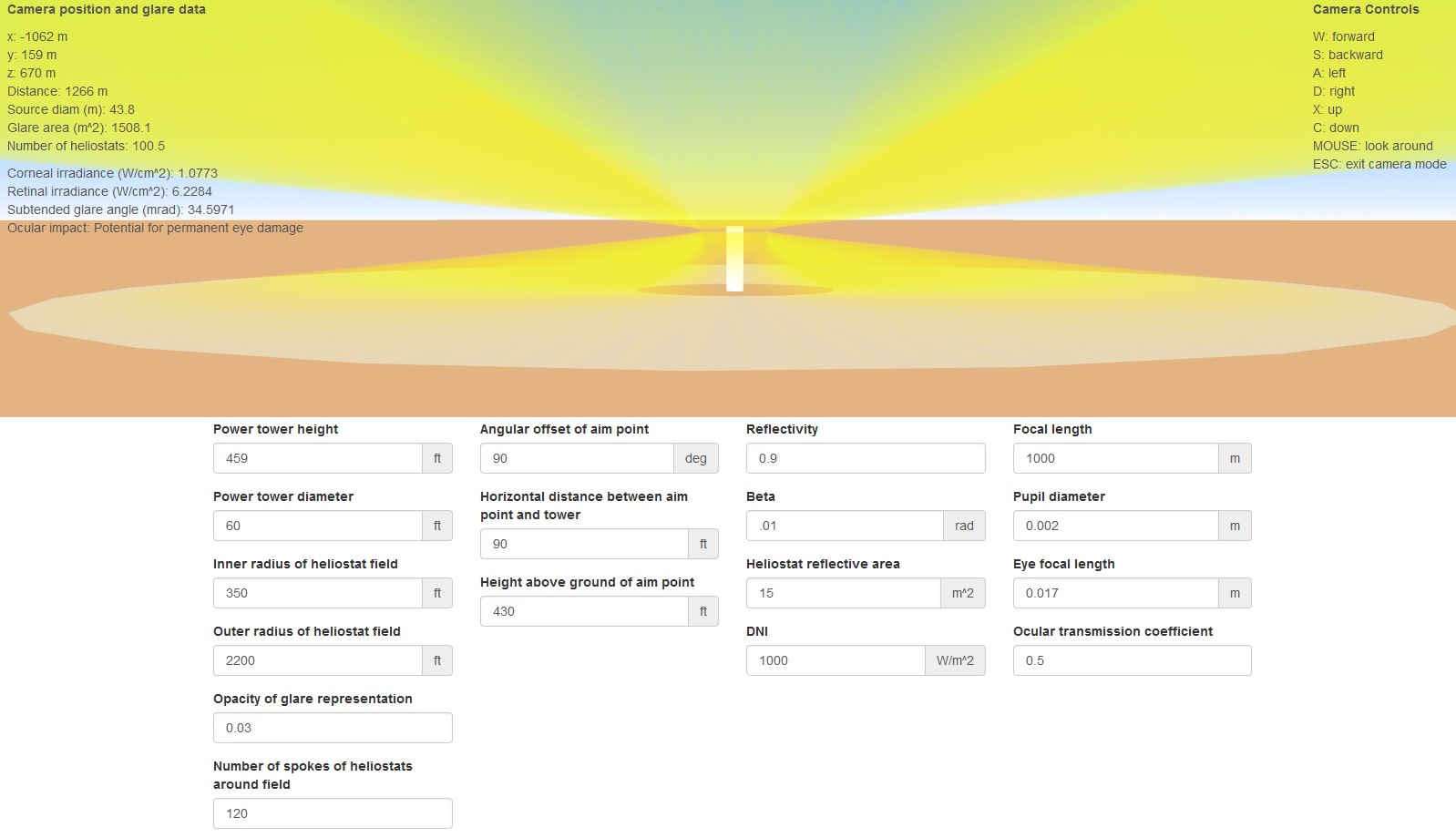 Sandia/DOE is developing a 3D tool that allows the user to “fly” around a power tower plant to determine the irradiance and potential ocular hazards from heliostat reflections at any location.

Sandia’s report concluded the glare from those standby heliostats could cause “significant ocular impact” at a distance of six miles. Ivanpah operators BrightSource and NRG are investigating new strategies and algorithms for heliostat standby positions to reduce the irradiance and number of heliostats that can reflect light to an aerial observer, and pilots have been warned of the issue.