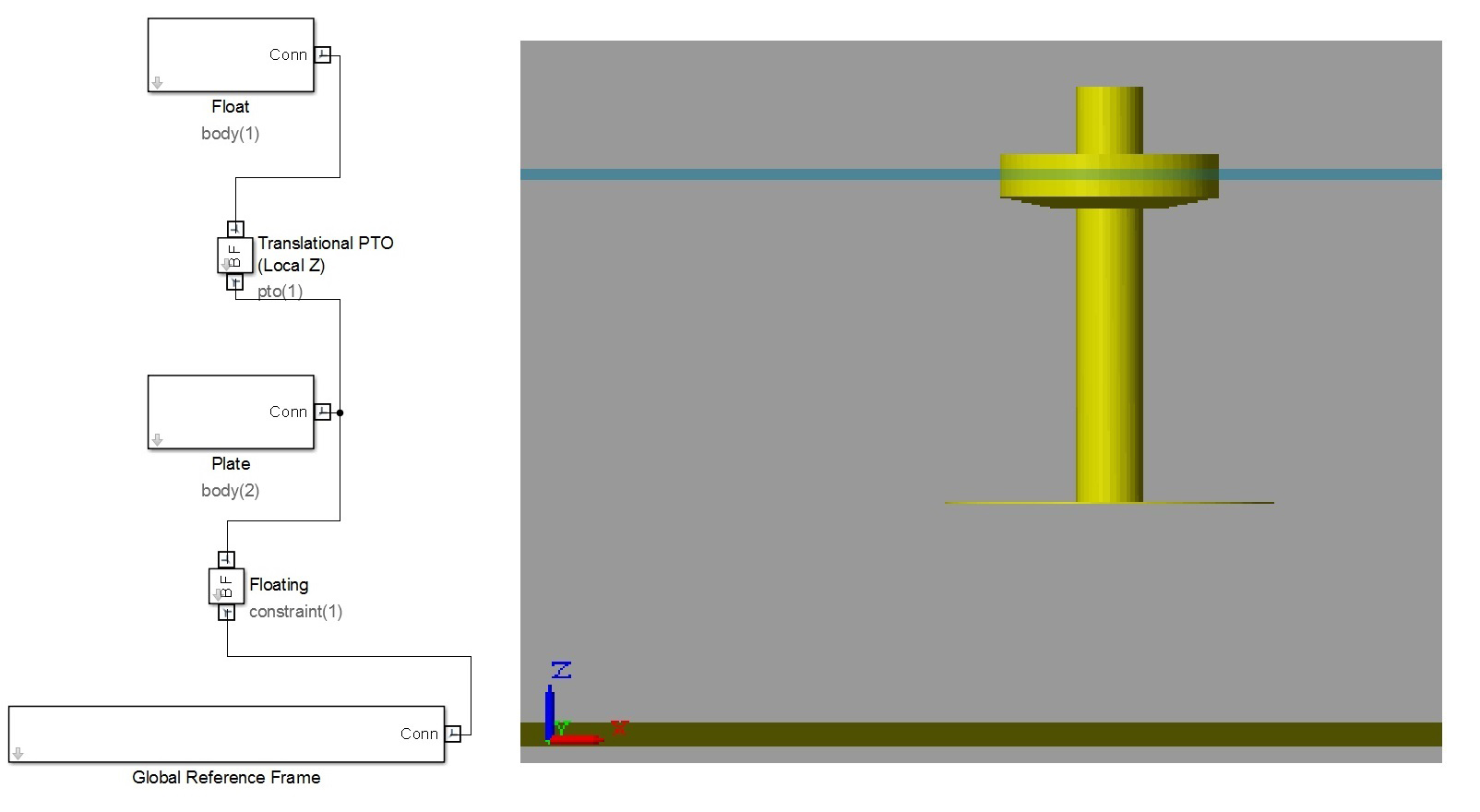 An image of the Reference Model 3 (RM3) heaving two-body point absorber model as set up (left) and run (right) in WEC-Sim.

Sandia and the National Renewable Energy Laboratory (NREL) are partnered in a three-year project to develop and verify WEC-Sim, an open-source numerical modeling tool to analyze and optimize wave-energy converters (WECs). On June 30th, the team publicly released Version 1.0 of WEC-Sim for free access to any interested users and code developers. WEC-Sim has the ability to model devices comprised of rigid bodies, power-take-off systems, and mooring systems. Simulations are performed in the time-domain by solving the governing WEC equations of motion in six degrees of freedom, as described in the WEC-Sim User Manual. The User Manual also presents two tutorials that describe how to set up and run WEC-Sim simulations. Additionally, a WEC-Sim tutorial video was developed to demonstrate how to set up and run the code.

Over the course of the past few months, the team has validated WEC-Sim with Reference Model 3 (RM3) experimental data collected as part of DOE’s reference model project. (WEC-Sim code had previously been verified through code-to-code comparisons of WEC archetypes using the commercial codes AQWA, WaveDyn, and OrcaFlex.) The RM3 design, a two-body heaving point absorber, is shown at right. The response amplitude operator (RAO) for relative heave motion between the float and the spar was used for model validation. The data plot (below) shows the experimental data and the WEC-Sim simulation results. The results agree well, especially for the lower range of wave periods.

The SNL-NREL team has also made WEC-Sim user friendly with a programming format that allows users to construct the physical system based on a library of rigid bodies and joint connections, rather than requiring that the user formulate the governing WEC equations of motion. The user now has a library of WEC-Sim blocks corresponding to different body types and joints, which they use to construct their WEC as it looks physically.

The team also successfully worked with MathWorks to overcome limitations the WEC-Sim team found when modeling WECs in the Matlab/Simulink/SimMechanics framework.