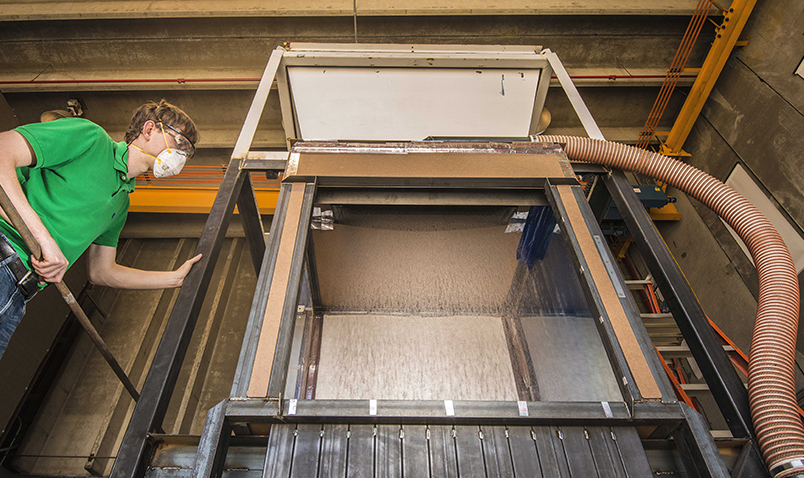 Falling-particle receiver technology is attractive because it can cost-effectively capture and store heat at higher temperatures without breaking down, which is an issue for conventional molten salts. The falling-particle receiver devel­oped at Sandia drops sand-like ceramic particles through a beam of concentrated sunlight, and cap­tures and stores the heated particles in an insulated container below.

The technique enables oper­ating temperatures of nearly 1,000 °C. Such high temperatures translate into greater availability of energy and cheaper storage costs because at higher temperatures, less heat-transfer material is needed.

will also be available to discuss other Sandia innovations in CSP and ongoing work at the newly renovated National Solar Thermal Test Facility (NSTTF).