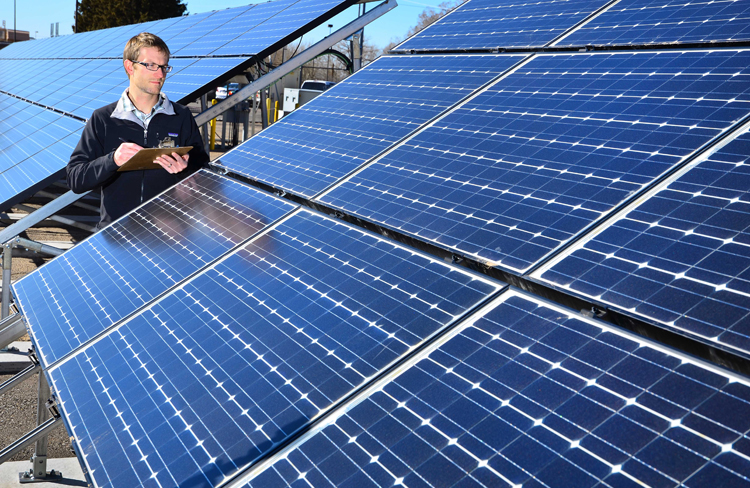 Sandia researcher Geoff Klise worked with Solar Power Electric to develop a tool that can be used to appraise photovoltaic installations on homes and businesses. (Photo by Randy Montoya)

The PV Value® tool, co-developed by Sandia and Energy Sense Finance, was presented as a successful application that appraisers are using to understand the value of/ properly assign value to residential and commercial PV systems. Since its release in January 2012, the tool has been downloaded nearly 4000 times.

The capabilities in PV Value® could also be used to value energy-efficient improvements and was a topic of discussion on how to leverage existing tools to recognize the value associated with these high-performance properties.