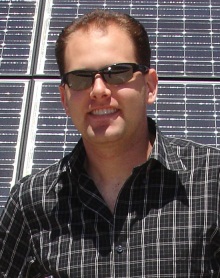 Sandians Mathew Lave and Joshua Stein ( both in the Photovoltaics and Distributed Systems Dept.) along with Jan Kleissl (University of California–San Diego) published “A Wavelet-Based Variability Model (WVM) for Solar PV Power Plants” in the April 2013 IEEE Transactions issue. (Matthew Lave was a Sandia student intern when this work was being done and will be a new staff member starting at the end of April. This work was part of his Ph.D. thesis.)

The WVM is validated against measurements at a 2-MW residential rooftop distributed PV power plant in Ota City, Japan, and at a 48-MW utility-scale power plant in Copper Mountain, Nevada. The WVM simulation matches the actual power output well for all variability time scales, and the WVM compares well against other simulation methods.

Read the article at IEEE Transactions on Sustainable Energy.