SWiFT will initially consist of three research-scale wind turbines (modified Vestas V27s) with the first two turbines spaced three diameters apart, perpendicular to the oncoming wind, and the third turbine five diameters downwind. (The turbines form a 3-, 5-, and 6-rotor-diameter-length triangle.) The site has been prepared to add seven additional research-scale wind turbines in the future. The V27 turbine was chosen as the test bed due to its proven history of high reliability. It will be capable of full variable-speed variable-pitch operation with rotational speeds ranging from 0–55 rpm, rotor blades of 9–15 meter lengths, and a maximum power rating of 300 kW.

These research-scale machines have a Reynolds Number of 2×106 and maximum tip-speeds of 80 meters per second, which is intended to make the results directly scalable to much larger turbines. In comparison to larger production turbines, at the research scale 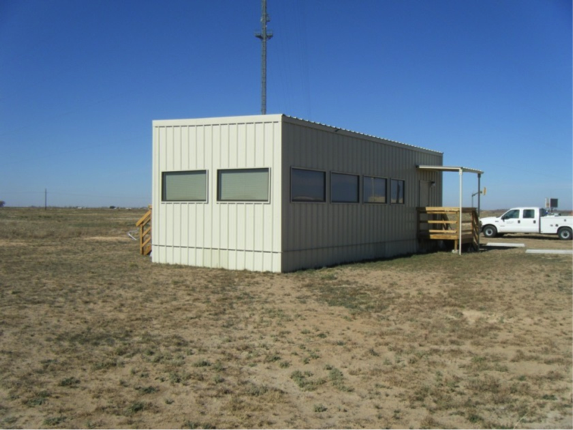 A control building, located at the facility’s northwest corner, contains 640 square feet of computing space for wind-turbine control, including two offices for proprietary work and an electronic troubleshooting shop. Each turbine and anemometer has an individual fiber-optic bundle connection directly connected to this building—allowing for a tremendous data transfer capability and flexible site network reconfiguration.

The turbines are heavily instrumented with state-of-the-art control and data-acquisition systems featuring GPS-based, site-wide time synchronization. The site instrumentation provides hundreds of channels of structural and aerodynamic data to fully understand the instantaneous state of the rotor, wind turbines, and wind farm for advanced control strategies, such as rotor-based active aerodynamic load control.

For experimental preparation of rotors and other components, a 7500 square foot, environmentally controlled high-bay assembly area with an additional 2000 square feet of office space is located nearby. The assembly area has been upgraded with new lighting, painting, and HVAC to facilitate the most demanding and sensitive instrumentation and experimental calibration. Additionally, a machining area including a lathe, multiple mills, drill press, welders, and a full complement of tooling is available to produce unique and on-demand parts.

In addition, a 60-meter tall anemometer tower is located two and one half rotor diameters directly upwind of each of the front two turbines. They will have research-grade three-dimensional sonic anemometers to measure the inflow at six levels, including one that is a blade length above the rotor. Additional site facilities include the Texas Tech University 200-meter tall anemometer tower.

Texas Tech University has a range of instrumentation available. Also the climatology, including a live feed, from the site and region in general.

Presentation about the SWiFT facility:

Impressions from the Installation 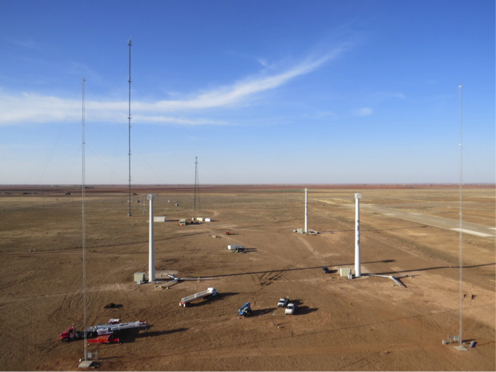 Site seen from the main wind direction. The two 60-meter tall met masts covering the entire rotor diameter are seen in the front of the three V27 turbines 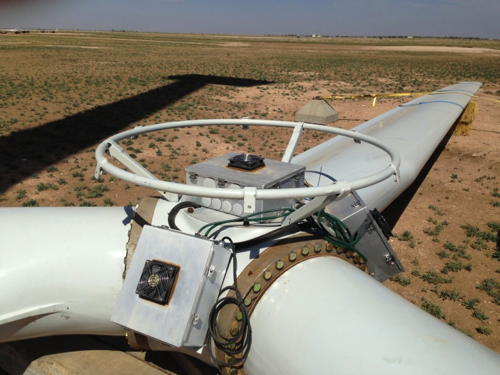 Rotor on ground ready to be lifted including Sandia’s telemetric rotor instrumentation. 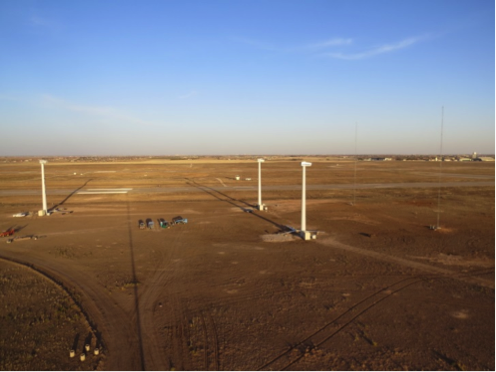 Site seen from the west. The Reese Technology Center is in the background behind the old runway. 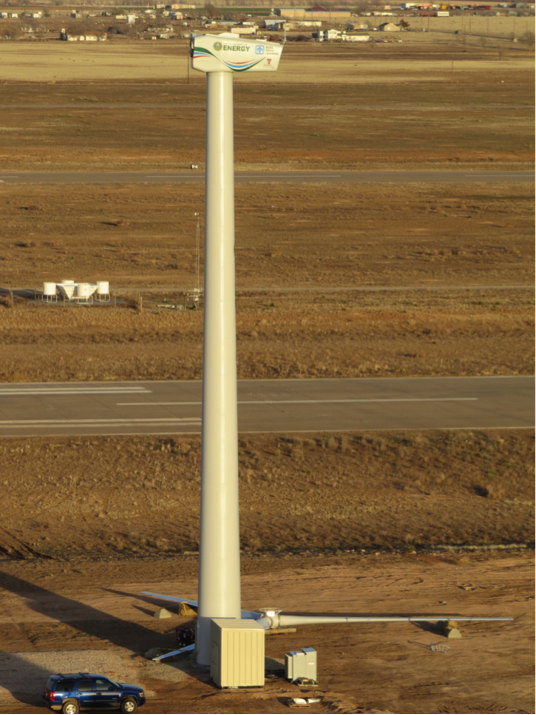 Turbine ready to have the V27 rotor lifted. Texas Tech University SODAR is seen in the background. Live feed from the SODAR can be found here: http://www.mesonet.ttu.edu/.

Return to the SWiFT homepage.