Bringing together expertise in advanced Brayton power conversion systems, concentrated solar collector technology and space system design and analysis, Sandia National Laboratories (partnering with Northrup Grumman Aerospace Systems and the University of Michigan) has developed a solar electric propulsion concept capable of a wide array of missions for NASA. This multipurpose space vehicle concentrates the Sun’s energy into a Sandia designed solar collector using a large reflector to power a Sandia designed Brayton engine. The conceptual design is scalable up to 300-kWe and can even be redesigned to use a nuclear reactor as the heat source for large missions far from the sun. 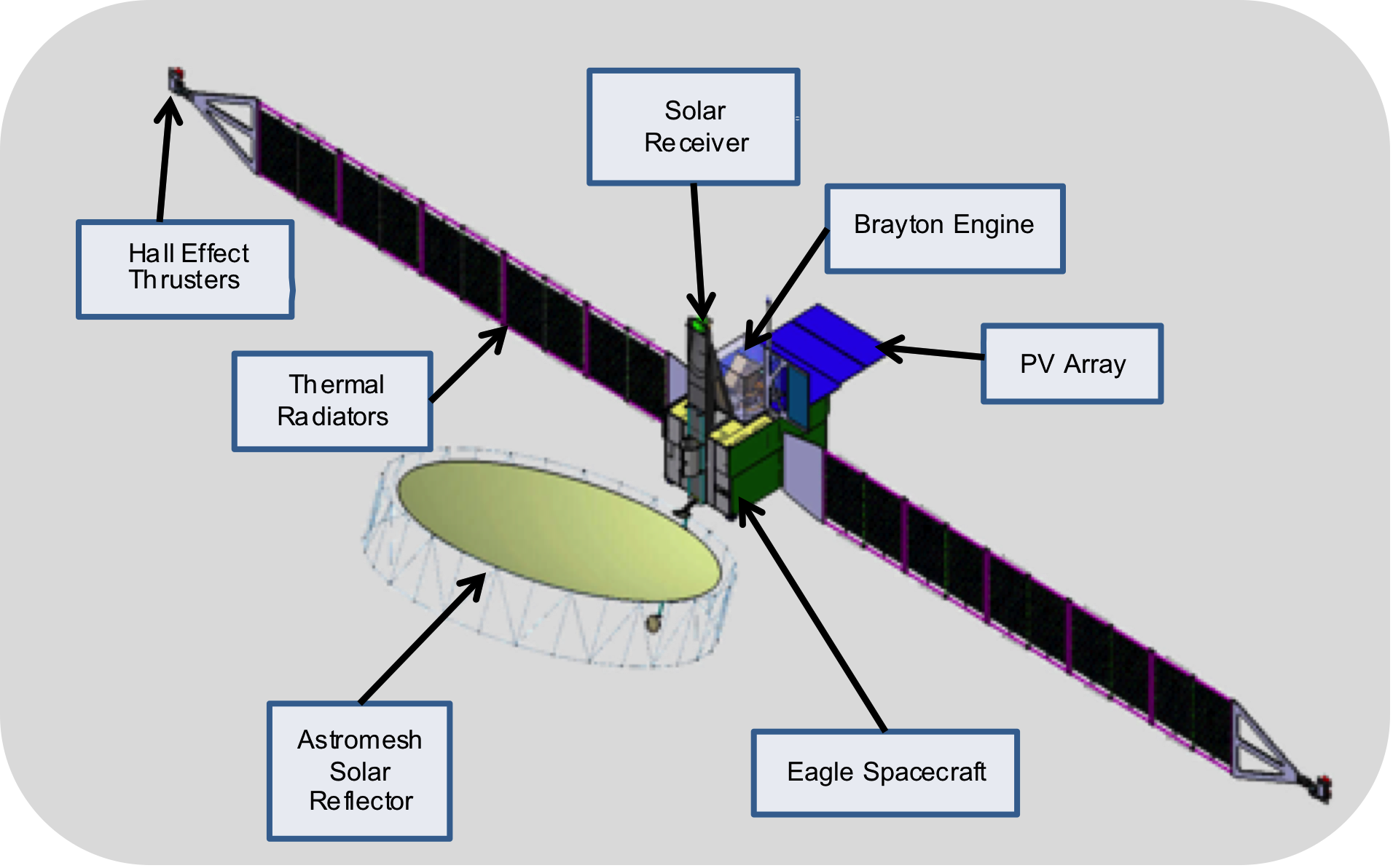 Using this type of “solar dynamics” for the power system avoids the pitfalls of scaling typical photovoltaic systems to this power level. If coupled to a nuclear reactor, the design then becomes independent of the distance from the sun and would be able to perform deep space, medium- to high-power missions without dramatically increasing the size.