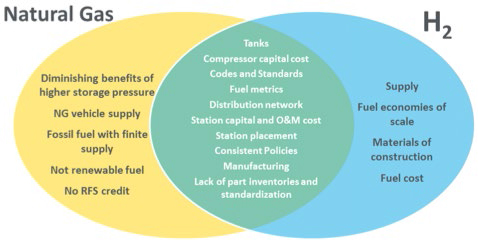 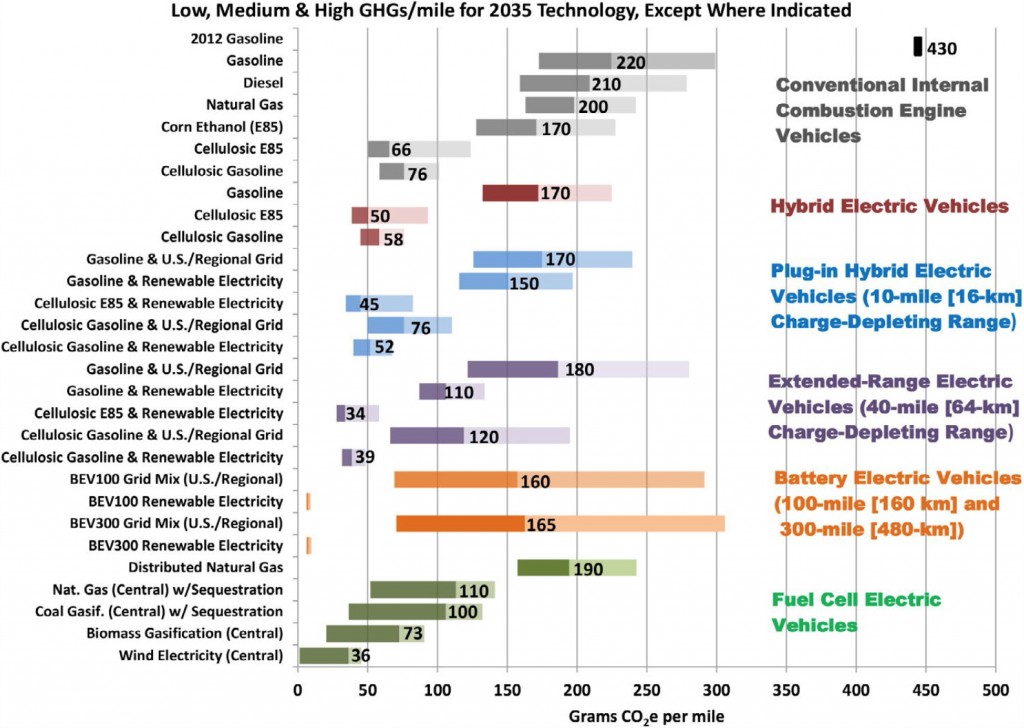 Well-to-wheels greenhouse gas emissions for a 2035 mid-size car. Fuel-cell electric vehicles powered by hydrogen from renewable sources have the potential to be one of the cleanest alternative technologies. (Figure from DOE Program Record Offices of Bioenergy Technologies, Fuel Cell Technologies, and Vehicle Technologies, 5/10/2013.)

Similarly, the workshop report finds that if companies shift away from separate approaches and toward using common equipment, similar pressures, and the same manufacturing processes, they could enable economies of scale for storage equipment and handling. Common equipment could further improve the business case for co-locating infrastructure, driving down the costs and expanding the market for both fuels.