The National Rotor Testbed (NRT) team is examining the effect of airfoil choice on the final design of the new rotor for the Scaled Wind Farm Technology (SWiFT) facility. The airfoil family would ideally be designed to operate in the relevant SWiFT-scale Reynold’s number range, 1–2 million, and be experimentally verified. Two leading options have been identified; one option is the classic utility-scale wind turbine airfoil family, the DU-series. The second option is a combination of two experimentally verified National Renewable Energy Laboratory (NREL) S-series airfoils, the S814 (inboard) and the S825 (outboard). 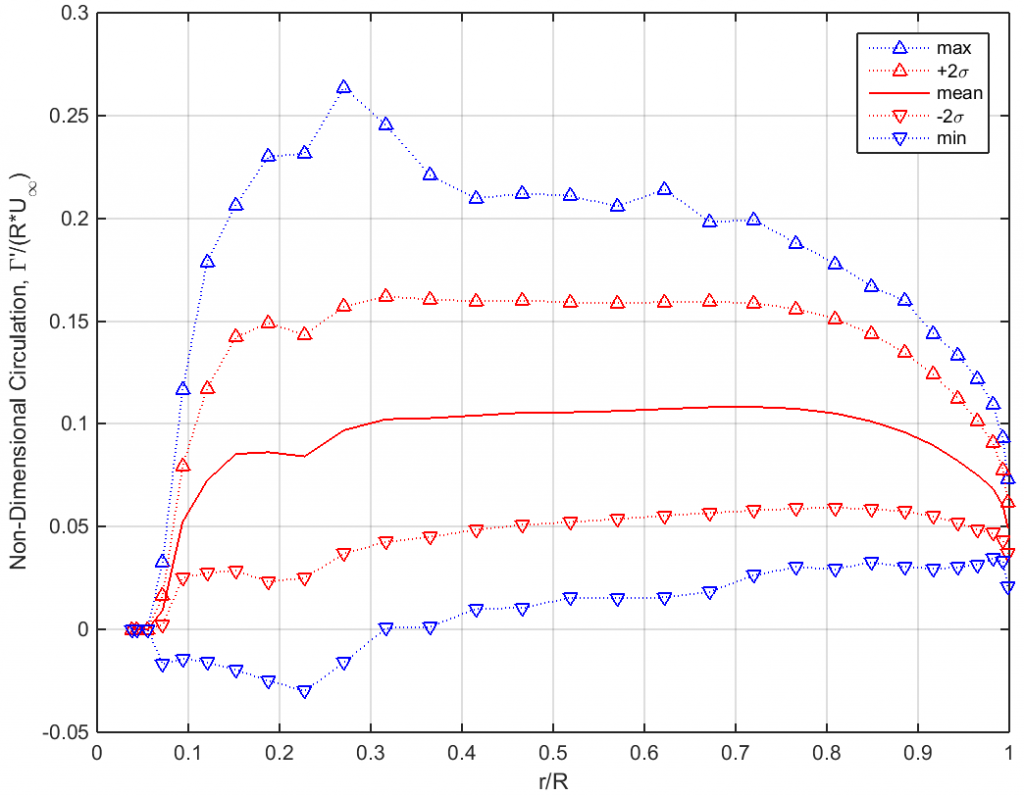 In order to fully understand the implications of the airfoil family selection, it is helpful to look at the integrated dynamic effects along the rotor. FAST with International Electrotechnical Commission (IEC) -normal turbulence was used to simulate unsteady operation. The analysis was performed at wind speeds corresponding to Region 2 with IEC class “C” normal turbulence. The plot shown here reveals the variability in the circulation profile, i.e., airfoil lift, of the S-series airfoil family during operation in normal turbulent inflow.

This analysis will also be performed for a rotor design using the DU-family of airfoils. The two analyses will be compared to predicted dynamic performance of a full-scale rotor in order to determine the better option for upcoming research. This result will be combined with a broader set of overall airfoil decision criterion to inform the final selection of the airfoil family to be used for the NRT rotor.