After two years of industry consultation, the Federal Electric Regulatory Commission (FERC) has issued a final ruling on the much anticipated modification of the FERC Small Generator Interconnection Procedure (SGIP) which governs the interconnection of small generators (smaller than 20 MW) that sell wholesale electricity. The SGIP also serves as a template for state rules that govern the interconnection of all distributed generators, including solar PV. “In particular, the solar energy sector is expected to benefit significantly from the revised SGIP, which comes at a time when a number of states are implementing laws intended to boost investment in distribution-level solar energy facilities.” SGIP governs all 50 states except for Alaska, Hawaii, and Texas.

Sandia played a major role on behalf the DOE’s SunShot program, providing the technical/analytical foundation that precipitated this change. We provided the analysis that framed the problem and provided a means to overcome the prior SGIP limitations. At the end of the day, FERC adopted the vision that Sandia and our partners presented.

The new rule will allow solar installations, particularly the high penetration levels, to bypass the expensive study process which can cost customers up to $60,000 and allow applicants to be qualified in the more rapid “Fast Track Process.” Other good news is the energy storage devices are now included within the definition of a small generating facility. There are other important changes regarding increasing the penetration level. Specifically, the revised SGIP

The Commission asserts that these revisions will “reduce the time and cost to process small generator interconnection requests…, maintain reliability, increase energy supply, and remove barriers to the development of new energy resources.” 145 FERC ¶ 61,159 at P 3.

The DOE SunShot Initiative’s Distributed Grid Integration program actively teamed up with Sandia, the National Renewable Energy Laboratory (NREL), and the Electric Power Research Institute (EPRI) to write a report that laid the technical foundation for SGIP reform from the point of view of PV. The report was a centerpiece of a petition by the Solar Energy Industries Association (SEIA) to FERC. Major industry stakeholders including the National Rural Electric Cooperative Association, the American Public Power Association, the Edison Electric Institute, and the Interstate Renewable Energy Council were involved in the proceedings for more than a year to contribute to FERC’s final SGIP modification. These industry stakeholder groups also suggested modifications to FERC’s proposal in the docket to make it more workable from an operational perspective. 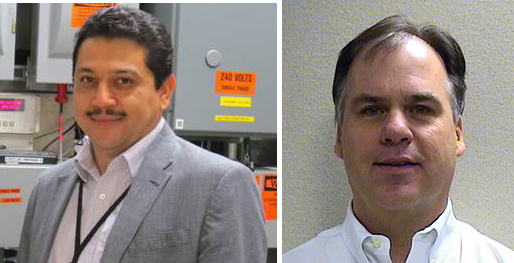 The analyses produced by the Sunshot program via Sandia and NREL were used comprehensively as part of the testimony for the FERC modification. In fact, it was the white paper “Updating Interconnection Screens for PV System Integration”—authored by DOE Sunshot, Sandia, NREL, and EPRI—that was used by SEIA as the main resource in February 2012 to initiate the FERC petition to request the modification.

Sandians Abraham Ellis and Robert Broderick (both in Sandia’s Photovoltaic and Distributed Systems Integration Dept.) performed most of the analytics and information delivery to FERC, which brought FERC to develop and implement this new SGIP that guides the interconnection of distributed PV projects in 47 U.S. states. This new procedure greatly simplifies the process for interconnection, thereby reducing associated costs.

Sandia’s technical leadership has been well-recognized by the other participants in this effort. Steven Chalk, DOE Deputy Assistant Secretary for Renewable Energy, characterized this effort as “ . . . excellent. Possibly an example we highlight in the EERE Strategic Plan with respect to providing independent expertise/data/analysis to address market barriers.”