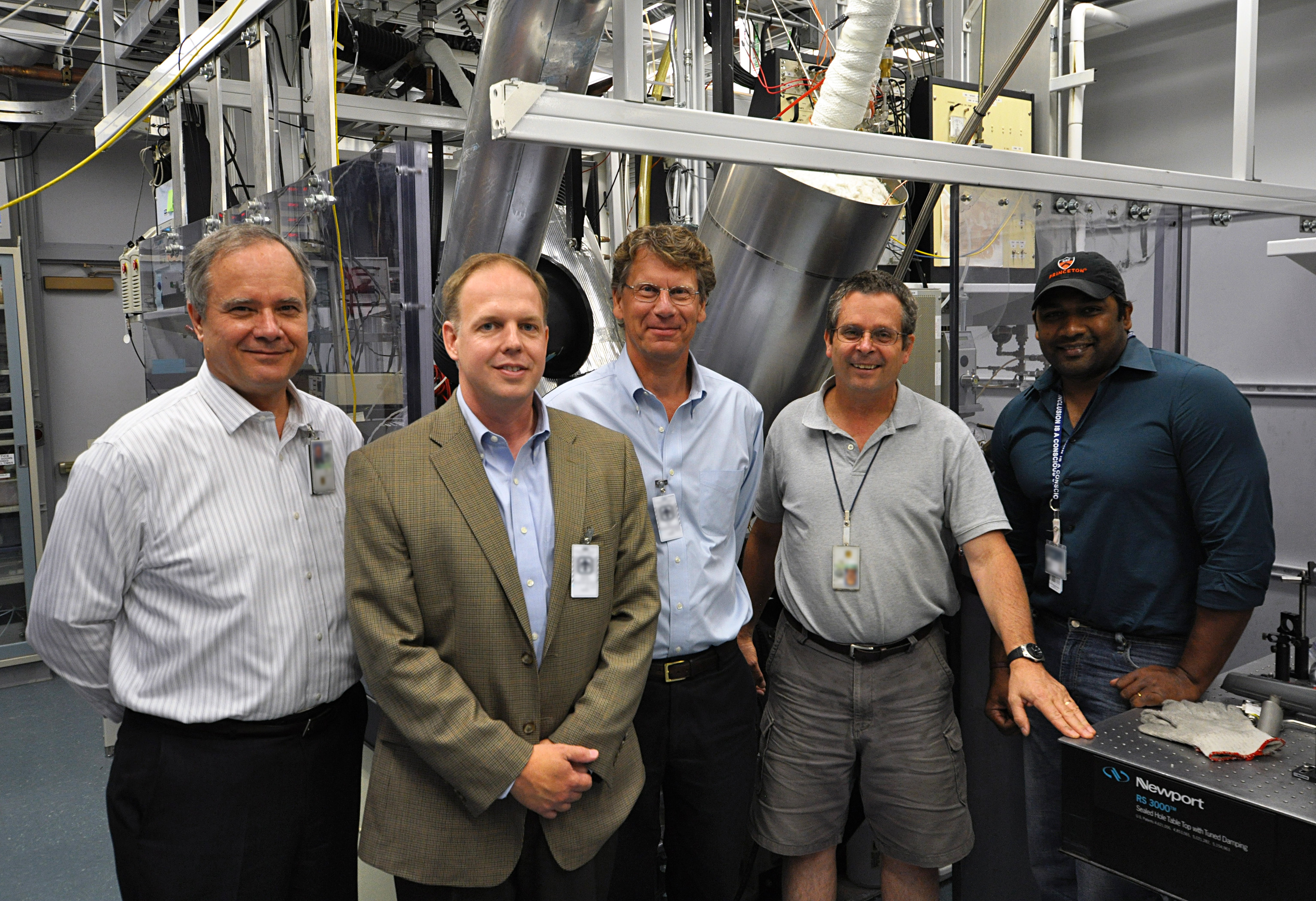 The paper examines how the mixture formation process proceeds in a light-duty diesel engine through quantitative imaging of in-cylinder fuel-air equivalence ratio distributions. The team examined the impact of both injection pressure and swirl ratio on mixture formation, and how the resulting equivalence ratio distributions are linked to emissions of unburned hydrocarbons and carbon monoxide. This understanding is critical for mitigating emissions and improving fuel efficiency of advanced, low-temperature diesel combustion processes.

The team employed toluene fuel-tracer laser-induced fluorescence to quantitatively measure the equivalence ratio distributions in the cylinder of a light-duty diesel engine operating in a low-temperature, high-EGR, and early-injection operating mode. They made measurements in a noncombusting environment at crank angles capturing the mixture preparation period: from the start-of-injection through the onset of high-temperature heat release. Swirl ratio and injection pressure were varied independently, and the impact of these parameters on the mixture distribution was correlated to the heat release rate and the engine-out emissions.

As the swirl ratio or injection pressure is increased, the amount of over-lean mixture in the upper central region of the combustion chamber, in the bowl rim region and above, also increased. Unexpectedly, increased injection pressure resulted in a greater quantity of over-rich mixture within the squish volume.

Their award will be presented at the ASME-ICED Fall Technical Conference to be held 13–16 October 2013 in Dearborn, Michigan.

This work was funded by the DOE Office of Vehicle Technologies.