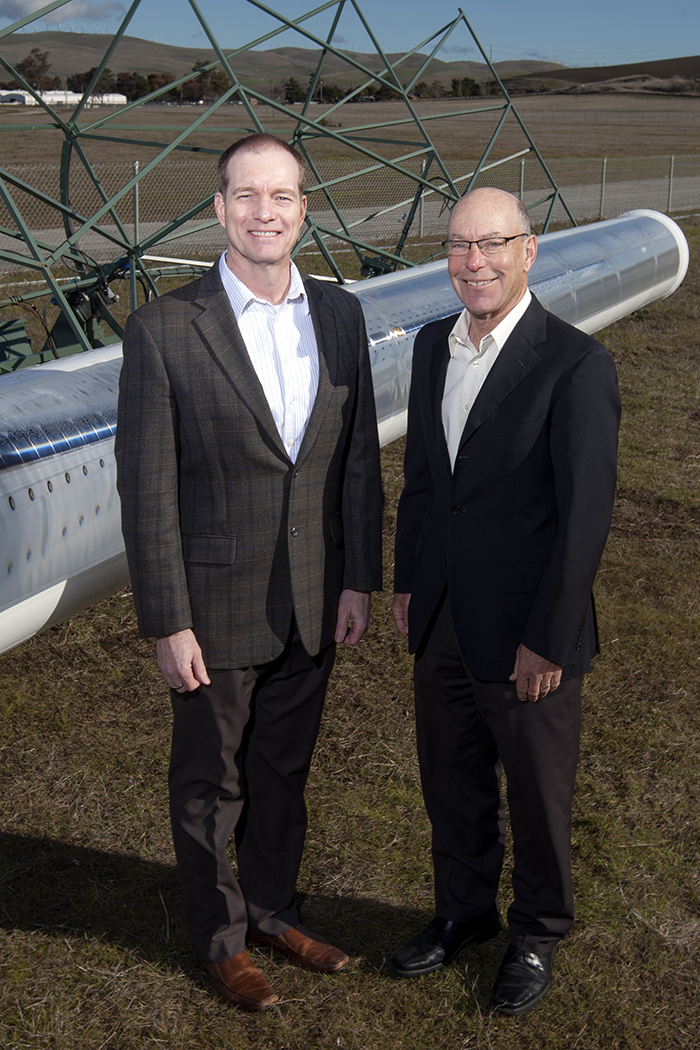 The Livermore-based company’s equipment will be located on a five-acre site known as the Clean Energy Demonstration Field at LVOC. One of CES’s units already has been set up, with dozens more planned over the next five years. The unit is connected to Sandia’s power grid, and up to 500 kW of solar power could be provided to the Labs by 2018.

“Sandia’s partnership with Cool Earth Solar shows that the labs are looking for new ways of doing business and collaborating with external entities,” said Andy McIlroy, Sandia’s senior manager for LVOC development efforts. “It demonstrates that we’re open to win-win opportunities that meet our national security mission and, at the same time, help our partners to move forward with technology that makes the world a better place.”

LVOC at the Sandia-California site will host a media event to publicly announce the establishment of this CRADA and the installation of their hardware and Sandia’s monitoring instrumentation on Wednesday, February 20th from 10 a.m. to noon.