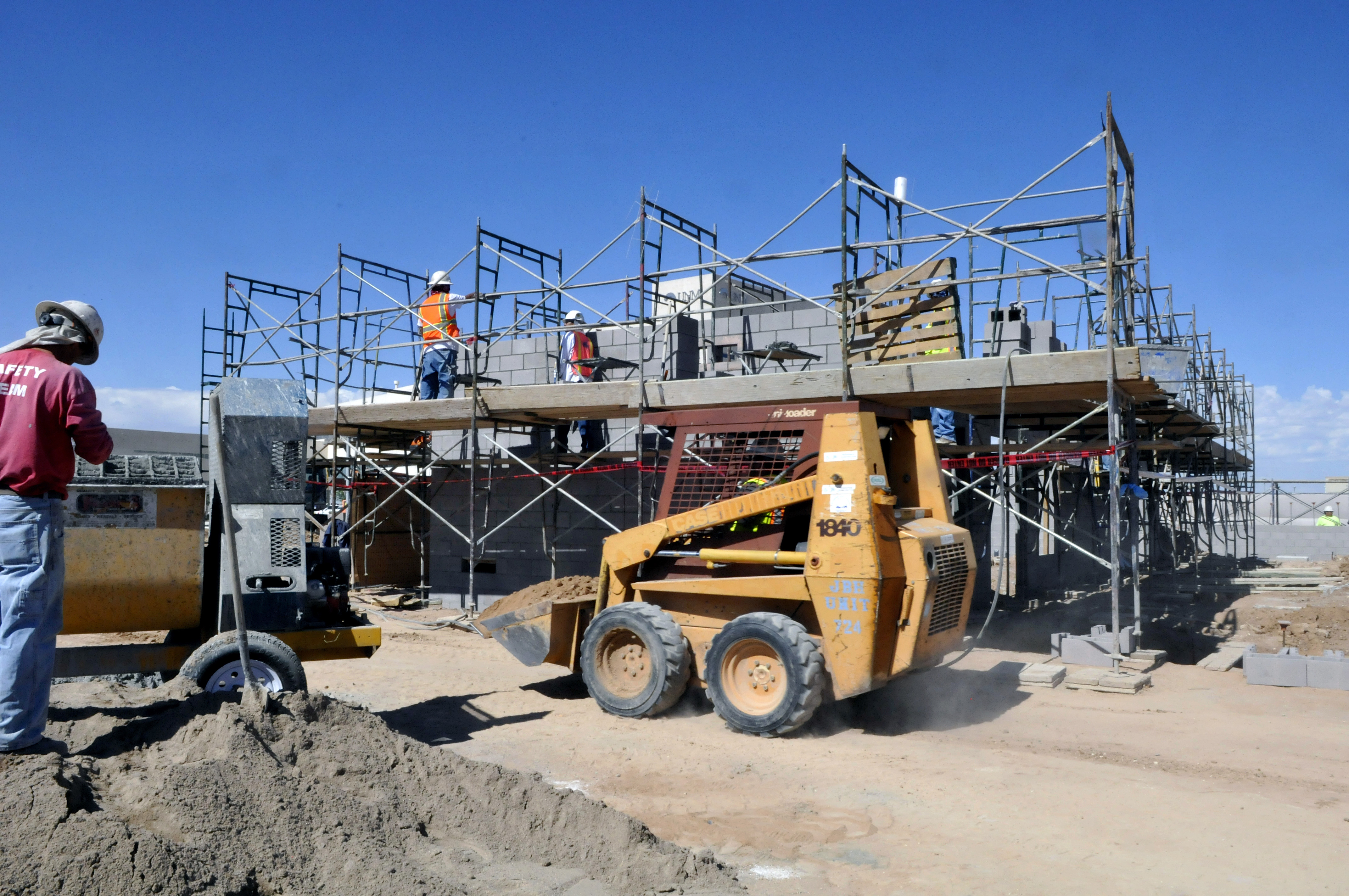 Part of the Mesa del Sol office of a U.S.-Japanese smart grid collaborative to test various energy technologies. Pictured is the construction site where the control building is being built.(Albuquerque Journal /Richard Pipes)

A collaborative U.S.-Japanese project that will use the Aperture Center at Mesa del Sol as the centerpiece for a smart grid technology demonstration is on track to go on line by mid 2012.

Announced in June 2010, the project is being carried out by NEDO, the New Energy and Industrial Technology Development Organization, a quasi-government agency from Japan, along with the state, Mesa del Sol, Public Service Company of New Mexico, Sandia and Los Alamos national labs and Los Alamos County.

The 79,000 -square-foot Aperture Center, where Mesa del Sol and Sandia labs have offices, will be the test site for a commercial microgrid.

“Basically, what they’re doing is a smart grid demonstration where they’re bringing in Japanese technology to demonstrate how to integrate multiple generation sources, along with multiple storage sources, and how they can be optimized to interact with the building load,” said Manny Barrera, director of engineering for Mesa del Sol.

He said the project is on schedule to be up and running in mid to late spring.

The project will include a 50-kilowatt photovoltaic system mounted on a shade structure over a parking lot and utility yard, currently under construction, that will contain an 80-kilowatt fuel cell and a 240-kilowatt natural gas-powered generator, as well as a lead-acid storage battery power system and hot and cold thermal storage.

“All will interconnect with our building through a control room and building management system,” Barrera said.

A number of Japanese companies are participating in the project, including Toshiba, Sharp, Fuji Electric, Tokyo Gas and Mitsubishi. A separate demonstration in Los Alamos County focused on a residential smart grid, is also on track to go on line next year.

“Each of the Japanese companies has specific research they want to do as part of this” said Jon Hawkins, advanced technology and strategy manager for PNM. He said statewide, the Japanese have funneled about $30 million into the projects.

Hawkins said the utility company is involved in the project to ensure it “interconnects and plays well with our grid.” He said a Department of Energy-PNM battery storage demonstration not far from Mesa del Sol will use the same wires.

“Each individual project has a lot of merit on its own that we can learn a lot from, but how they can work together is also very interesting to us,” he said.