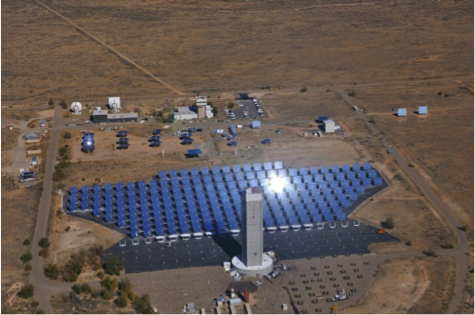 Recently, personnel from the Air Force Research Laboratory (AFRL) in Albuquerque utilized the site at the National Solar Thermal Test Facility (NSTTF) to evaluate seismic and optical activity from explosives set off at locations east and west of the facility. Some of the explosives were set- off above ground and some below. The shots varied in strength between 100 and 2000 pounds. AFRL utilized a single NSTTF heliostat facet to reflect a checker-board target up to a high-speed imaging camera, and observe the edges of the checkered pattern for micro- reflections. In addition, during several of the shots, a beam from a NSTTF heliostat was reflected on the tower. The image edge was photographed and recorded during the explosive shot for diffuse light modulation effects. Cheryl Ghanbari, cghanba@sandia.gov , 505-845-3426